Turing College and the man behind our name 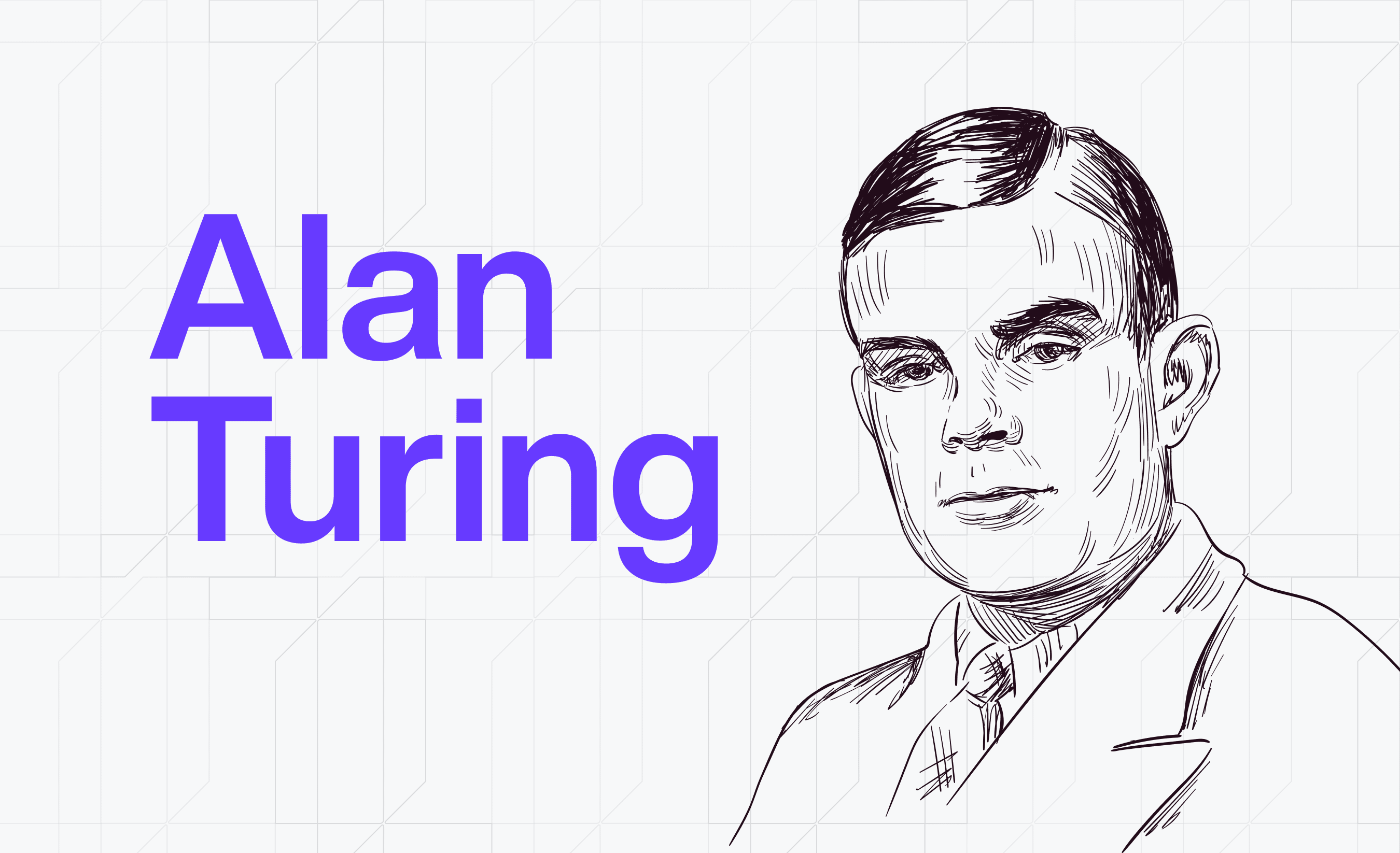 Who was Alan Turing?

Turing College takes its name from Alan Turing. He was a trail-blazing and controversial figure who changed the course of history. And it's his inspirational example that lays at the heart of what we do. But just how is this amazing man connected to our vision? Let’s find out.

A man before his time

Alan Turing was the father of theoretical computer science and artificial intelligence, and in this sense you could call him the first computer geek. But that might be selling him a little short. He was, after all, also a hero of World war 2. His groundbreaking work cracking the Enigma code helped the allies win the war. And that’s what makes Alan Turing such an inspiration. He was both a problem solver and an innovator. The work he did during his short life altered the path of the future.

What is his connection to computer science and AI?

Computer science as it is today would arguably not exist without Alan Turing.

With an undergraduate degree in Maths and Physics from Cambridge and a Master in Logic at King’s College already under his belt, Turing published the paper, “On Computable Numbers.” in 1936, when he was only 24. This paper remains definitive to this day, and cemented his position in one of the most important fields of the 21st century - Artificial Intelligence.

In it he proposed the idea that a theoretical system of calculations could surpass human-level intelligence in the scope of its operation.  To put it another way - he was arguing that computing machines could reach an intelligence beyond ours.

And when you consider that all of this work was done before the first digital computer was even created, it becomes clear just how much a disruptor Turing actually was.

Turing said “I believe that the attempt to make a thinking machine will help us greatly in finding out how we think ourselves.”

What legacy did Alan Turing leave?

Computers have helped us to better understand ourselves and the people around us. They have accelerated progress and brought us to the point where we can begin considering Turing’s other great legacy - the Turing Test.

Invented in 1950, the test was designed to assess a machine’s ability to display intelligent behaviour that is equal to, or indistinguishable from, a human. We are not yet at the point where AI has surpassed human intelligence, but we are getting there. And this is where Alan Turing's legacy and what we are doing at Turing come together.

What do Turing’s ideas about AI mean for education?

When we’re thinking about our education system, we shouldn’t ask “What should we learn to meet future needs?”

A better question is this:  “What fields will be the least disrupted by AI?” This question helps us focus our attention on future skills through the angle of technologies.

Turing taught us to examine how we might first put technology to our advantage, and then see how we as humans can work together with technology to better develop and understand ourselves. Not only that, he made us consider what the limits of AI may be, and how we may be able to complement or augment technology in our work. It is from these lines of inquiry that Turing College’s approach to education was born.

Enroll in our data science curriculum

We are planning for another full-time course in early 2021.